Yerra Sugarman is the author of three poetry collections: Forms of Gone, which was a National Book Critics Circle “Favorite First Book,” The Bag of Broken Glass, which was a National Book Critics Circle “Recommended Book,” and Aunt Bird, a hybrid collection comprised of lyric poems, prose poems, and lyric essays which is forthcoming from Four Way Books. Her chapbook From Her Lips Like Steam was published by the Aureole Press at the University of Toledo in December 2019. Her poetry, translations, and critical articles have appeared in Ploughshares, Colorado Review, Bat City Review, Cherry Tree, The Oxford Encyclopedia of American Literature, The Nation, AGNI, Prairie Schooner, Literary Imagination, The Mississippi Review, Pleiades, The Bellevue Review, The Massachusetts Review, Poetry International, among other journals.

She earned a B.F.A. in Visual Art from Concordia University in Montreal, an M.F.A. in Painting from Columbia University, an M.A. in Creative Writing from The City College of New York, and a Ph.D. in Literature and Creative Writing from the University of Houston. She has been the recipient of a National Endowment for the Arts Fellowship in Poetry, PEN American Center’s PEN/Joyce Osterweil Award, a “Discovery”/The Nation Poetry Prize, the Poetry Society of America’s George Bogin Memorial Award and its Cecil Hemley Memorial Award, a Canada Council Grant for Creative Writers, a Chicago Literary Award, and a Glenna Luschei Prairie Schooner Award.

She is the daughter of Holocaust survivors, and grew up in a community of survivors. She has taught at the University of Houston, Rutger’s University, New York University, The City College of New York, and Eugene Lang College The New School for Liberal Arts.

From Fall 2018-Spring 2020, she was a Visiting Assistant Professor of Creative Writing in the Department of English Language and Literature at the University of Toledo in Ohio. 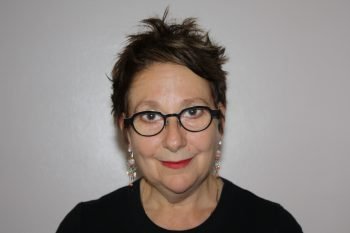