The Bag of Broken Glass

“Yerra Sugarman’s first book Forms of Gone marked the appearance of a mature poet with an invaluable world-view, that of a daughter of Shoah survivors settled in Canada interrogating and recreating a vanishing palimpsest of experience. The Bag of Broken Glass, with a mastery of form and of the multi-vocal sequence, enlarges on the poet’s project: investigates the permutations of the erotic in the quotidian and the ways the past permeates the present; examines the natural world in its intersections with memory; examines Scripture with a contemporary exile’s eye on history, psychology and language. This new book establishes Yerra Sugarman as an important poet on the North American literary landscape, as a “world” poet whose concerns have no borders.”—Marilyn Hacker

“Standing at prayer, mourning and grieving, preoccupied with suffering, somehow the poetry of Yerra Sugarman breaks through, functions something like a solar system–around a sun that is Beauty and constant, there moves a planet Clarity of Utterance, there are the planets History and Holocaust, and the twin planets Passion and Eye whose gravitational pulls keep it all in motion, then there is Music (a voice distantly related to a cello), and the planet Language (that like our Venus is the brightest of all), finally there is Decency, which is made of iron and has its own star. This extraordinary display in the literary heavens appears in every poem.”—Stanley Moss

The prize-winning selection, a “day” from Yerra Sugarman’s “Journal: Rai’ut Coma Ward, Tel Aviv-Yaffo, July 2003,” begins with the question, “What to call it…” and ends with a related, apposite question: “But what happens when language can no longer bear us?” The poem articulates grief and loss by indirection, accumulating sharply etched details of the quotidian to evoke absence and silence; to evoke, in other words, the unsayable. The darkness of the confrontation and its final cri de coeur stand in paradoxical balance with a poetic language almost overcharged in its sensuous appeal…. The free-verse lines are deployed with great skill, and the lyric-elegiac tone eloquently encounters the dust storm (sand storm?) of history.” —Michael Palmer, Awarding Yerra Sugarman PSA’s 2007 Cecil Hemley Memorial Award 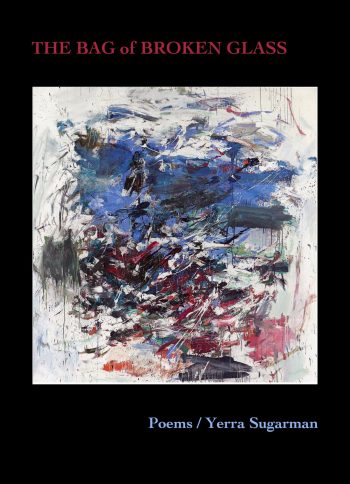