-Yerra will be reading at Bryant Park in NYC on June 21 at 6:00 pm. The lineup of readers is lovely:

Award-winning poetry by established and emerging poets throughout the summer.

Part of the Poetry program.

-Yerra’s essay “This Lviv” appears in the May 2022 edition of On the Seawall. Here’s the link to the essay: https://www.ronslate.com/this-lviv/ .

-Yerra will be teaching a course on the elegy at the Hudson Valley Writers Center on July 23, 2022: https://www.writerscenter.org/calendar/elegysugarmanhvwc/

-Yerra will be reading from Aunt Bird at the 11th Annual Westchester Poetry Festival on April 30, 2022: 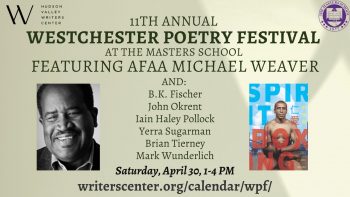 ~Yerra will be participating in the following event about diaspora at the 14th Street Y in Manhattan on December 20 at 7:30 PM: In Search of Home: Diaspora and Homecoming in the work of three Jewish poets.

~Yerra has work coming out in Washington Square Review

~Yerra’s new poetry book, Aunt Bird, which is about to be published by Four Way Books, will be available very soon!

~Yerra has poems coming out in Arts and Letters and in Image.

~Yerra has poems coming out in the New England Review.

~The New Orleans Review has published a poem by Yerra from her forthcoming book Aunt Bird. The title of the poem is “[It is just before the war cracks the land open like an egg]”: https://www.neworleansreview.org/it-is-just-before-the-war-cracks-the-land-open-like-an-egg/

~Yerra’s poem “Aunt Bird Recalls the Ladder of the Righteous She Observed During the War,” is being featured online by the journal Bat City Review, where the poem first appeared in print. The piece is from her forthcoming book Aunt Bird, which will be published by Four Way Books in March 2022. http://www.batcityreview.org/yerra-sugarman

~Yerra’s poem “[When she was fenced off even from herself]” was published online in The Los Angeles Review: http://losangelesreview.org/when-she-was-fenced-off-even-from-herself-by-yerra-sugarman/ .

~Yerra has poems forthcoming in New Orleans Review, The Los Angeles Review, and Arts & Letters Journal.On October 18, 2020, Yerra took part in a panel at the 43 Annual ALTA conference (The American Literary Translators Association). The title of the panel was “Skyscrapers or Gardens?: A Discussion of the Power of Paratext.” The moderator was Conor Bracken, and the other presenters were Philip Metres and Jake Syersak.

Yerra’s poem “[Night after night, what she saw in her sleep],” from her forthcoming book Aunt Bird, appears in the Spring 2020 issue of Ploughshares. This issue was edited by Tracy K. Smith.

A poem from Yerra’s forthcoming book Aunt Bird (Four Way Books, March 2022) is featured on the website of the Colorado Review: https://coloradoreview.colostate.edu/features/bone-by-bone-she-remembered/  .

The former Poet Laureate of the United States, Tracy K. Smith, has selected one of Yerra’s poems for publication in the Spring 2020 issue of Ploughshares. The poem that was selected is in Yerra’s book, Aunt Bird, which is forthcoming from Four Way Books.

Two poems by Yerra are in the current issue of American Literary Review: https://americanliteraryreview.com/2019/09/26/yerra-sugarman/

Yerra’s poetry book, Aunt Bird, was accepted for publication by Four Way Books, and is forthcoming from the press.

Yerra’s chapbook From Her Lips Like Steam will be published by Aureole Press at the University of Toledo.

Yerra has poems forthcoming in the Colorado Review, Cherry Tree, Tupelo Quarterly, and in the American Literary Review.

Yerra’s poem titled “The Teacher” was published on October 18, 2018 in the online issue of Crab Orchard Review: https://issuu.com/craborchardreview/docs/crab_orchard_review_vol_23_no_2_oct/242

Yerra will be on a panel at AWP 2019 which will take place in Portland, Oregon:
“Holocaust Poetics: Writing the Traumatized Past and Present.”  The other panelists are Jehanne Dubrow, Julia Dasbach, Luisa Muradyan, and Jason Schneiderman.

Yerra was awarded the position of Visiting Assistant Professor in the English Department at the University of Toledo.  She begins Fall 2018.

In March 2018, Yerra will be featured as one of Image‘s “Artists of the Month.”

Two of Yerra’s poems were nominated for a Pushcart Prize by AGNI.

Some of her poems have recently appeared in AGNI, The Mississippi Review, The Bellevue Review, Still Life with Poem: Contemporary Natures Mortes in Verse, and in Copper Nickel.

Other poems are forthcoming in Crab Orchard Review and Image.

In 2011, Yerra was awarded a National Endowment for the Arts Prize for her poetry: https://www.arts.gov/impact/literary-arts/creative-writing-fellows/yerra-sugarman

In June 2018, Yerra was featured as “Artist of the Month” by Image Magazine: https://imagejournal.org/artist/yerra-sugarman/ 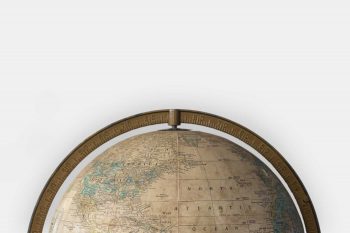